Freight Forwarders are the Most Corrupt in the World, Not Customs- ANLCA President

• Says Their Offices are in Cemeteries, Churches and Mosques By Shola Fadeyi Freight forwarders who accuse the Nigerian Custom Service (NCS) as being... 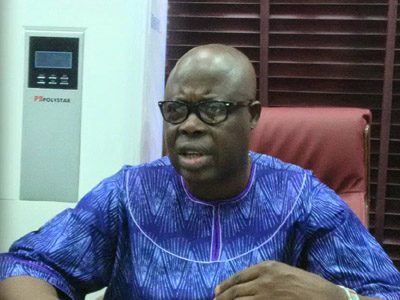 • Says Their Offices are in Cemeteries, Churches and Mosques
By Shola Fadeyi Freight forwarders who accuse the Nigerian Custom Service (NCS) as being the most corrupt government agency in Nigeria have ironically been described as the most corrupt set of people in the whole world by the National President of the Association of Nigerian Licensed Custom Agents (ANLCA) , Prince Olayiwola Shittu.
In an exclusive interview with the Marine&Economy in his office in Lagos last week , the ANLCA President who said his members are customs brokers and that he was not holding brief for the custom pointed out that the fact that there are unscrupulous officers was not enough yardstick to paint the customs as an entity black.
He disclosed that even if the custom is corrupt as claimed, it is not possible for the para- military body to be so without a corrupting influence such as the freight forwarders who label themselves as customs agent s but who possess no valid licenses to clear goods at the ports and border posts.
It will be recalled that one of the ANLCA sister associations had indicted the Custom in a release it issued recently on the need for government security agencies to adhere to the dictates of the Standard Operating Procedures(SOP) and Port Services Support Portal(PSSP) that were introduced by the federal government.
The association had said among other things that the Customs arbitrarily gives itself revenue targets officially and unofficially, saying it flaunts the official revenue targets , but unofficial revenue targets are not declared, a development according to the association portrays the Customs as the most corrupt para- military Service.
Shittu said the sister association of ANLCA has been making the spurious allegation against the custom and pouring inventive on its Comptroller General, Colonel Hameed Ali (rtd) because the Custom decided to close down the Commercial Data Trade Input (DTi) which they used in perpetrating fraud and denying the Federal Government of its revenue from imports.
According to the ANLCA President, those freight forwarders have also become aggrieved because the Customs recognized ANLCA as the authentic association, allowed the members to have their own DTI , issued them pass word to protect their licenses while it again directed other associations to retrace their steps and join ANLCA, which he called the ‘mother association’, if they want to get operating licenses.
He said that because most of the freight forwarders are corrupt and prefer their non- compliant nature in the ports and their fraudulent acts , they are not comfortable with the directive of the CG for them to move to where they can obtain valid license but they have thus resorted to vilifying the custom.
‘That was the same way they started a subterfuge when the terminal operators said that if you are not working in a licensed company, and registered as such , then you cannot gain access to the terminal. But what are you going to do in the terminal when you are not a licensed custom agent .They started to say that you do not actually need a license to operate at the terminal’, he stated.
‘If your declaration is okay and your compliance is right , there is nothing a customs officer can do to you.Is like you are on the road and all your particulars are correct , there is nothing the policeman can do to you than to let you go.But if you are to travel from Lagos to another State , and you do not have drivers’ license and your tyres are not good , it means you have opened yourself to all the checks points on the road, according to him.
The respected customs broker was of the view that it would be difficult for the custom as a revered organization to issue licenses to freight forwarders who have no fixed addresses and whose contact are in cemeteries, churches , markets, mosques, among others and who can easily hoodwink gullible importers collect money from them and vanish into thin air.
‘‘That is why you see a lot of them loafing around the ports environment, waiting like predators .if you want to know their secret, just enter the port , park your car and ask for an agent, you will see the way you will be rushed.But as an agency, you are supposed to have an office , where you market yourself to the world.We are not bothered about them , it is their regulator , the Council for the Regulation of Freight Forwarding (CRFFN) that should curtail their activities.
‘’Whether you are a freight forwarder or a customs agent ,you do not have any business going to the port and we have continued to tell our people not to go the ports when they do not have any business there. So you can hardly see my people loafing around at the ports.If they don’t have jobs , though our members are always busy , you see them in their offices going through the tariff book to update their knowledge, checking classification and doing brain storming’’, according to him.
He said if you go to the Port Police Commissioner’s office, you will discover so many cases of fraudulent activities of most of the freight forwarders who do not have any valid clearing licenses that are being reported on a daily basis adding that all the members of ANLCA have their fix addresses where they can all be located.
The ANLCA President implored the customs to sustain the struggle against the enemies of progress who fostered corruption at the seaports , grant the customs brokers the necessary training, so that they will be in sync with the customs operations because the federal government belongs to all, whether customs or agents.