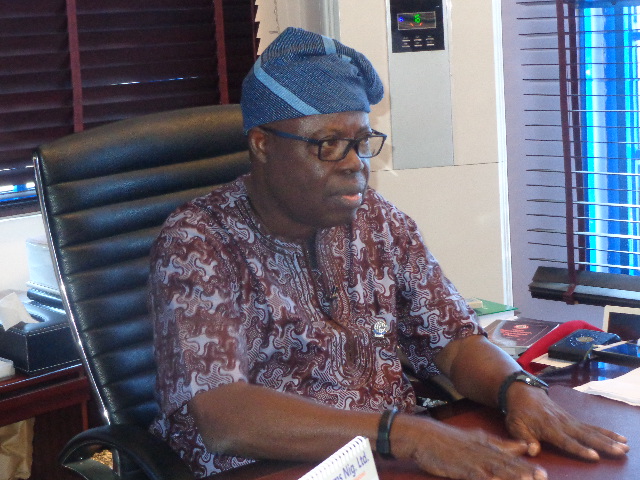 The Association of Nigerian Licensed Customs Agents (ANLCA) has counseled the Nigerian Customs Service (NCS) on the need for it to finetune its latest policy through which it has given all vehicle owners in the country, a period of one month grace to pay import duty on their cars in any of its commands in the country.

The  National President of the ANLCA , Prince Olayiwola Shittu  said at the weekend , on an NTA  breakfast Television Programme , Good Morning  Nigeria ,  on which he was a special guest ,that the  policy should be amended to ensure that it does not affect all vehicles but only those that have been taken through unapproved routes , that is on which duty has not been paid within  some specific period.

The Customs had announced a grace period of one month,  between March 13 and April 12, 2017 as a period  during which vehicle owners regardless of the year of make should  make  clarification at such commands  and effect payment, if need be .

The Service said it has thus reduced by 60 per cert import duty to be paid on any of the cars  to assist vehicle owners ,  saying after the expiration of the grace period,  its officers will start to impound  vehicles it discovers that the requisite import duty has not been paid on them/

But Shittu had on the programme implored the customs hierarchy to quickly  make adjustment on the policy and ensure that its officers are enlightened on it  to  avoid a situation whereby  they would start to harass all vehicle owners on the roads, even those that have been cleared through the seaports .

The  ANLCA President  said   his association would have duly advised the Customs on the step to take on the issue if  it  had  consulted it on the matter  adding that it was unfortunate that  despite that  the agents have a direct relationship with  the Service for the fact that it collects duty on its behalf , it no longer holds it in confidence on its policies.

According to him, the customs is no longer policy friendly but is only interested in meeting the unrealistic a revenue target which the Federal Government has imposed on it to collect , through its constant  issuing  of  Debit   Note to importers and agents  for additional payment of import duty on goods.

‘’Over the years customs has always been used as an experiment by government to just collect revenue to the detriment of trade facilitation. As long as this trend continues the customs officers would to do everything to justify that they are working to satisfy the Comptroller General who has been given an order by the President to do three things, the most important of which is to increase revenue generation.

He said   some people went into smuggling of vehicles because of high tariff and the problem of not knowing exactly how much they are to pay as value on vehicles adding that  the current policy of  Customs  was not considerate enough as any vehicle on which duty has not been paid ought not to be allowed into the country in the first place.

Shittu however charged the National Assembly to focus more attention on how to check the issue of unreasonable revenue target that government is giving  the Customs annually  that is making  the officers to arm-twist  the importers and the agents in order to meet up  with the target  saying that without a solution to that challenge, corruption will continue to fester at the  seaports.

He also charged the legislators to look into the issue of welfare of customs officers with a view to legislating on it for improvement so as to reduce the level of extortion at the seaports,  saying that for now. the salary of an average police or immigration officer is three times better than that of  any  customs officer.

Shittu disclosed that clearing of goods  at the seaports have become a nightmare  as agents   are contending  with all the security agents who are now taking undue advantage to extort adding that customs agents and the freight forwarders have started  to meet with a view to closing ranks to shut down the ports as a way of expressing their grievances .