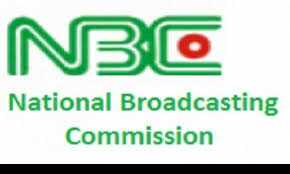 54 broadcast stations that were issued licenses by the National Broadcasting Corporation (NBC) but had refused to pay the fees stipulated by the body within the mandatory 60-day window have their licenses revoked.

NBC Director General, Is-haq Modibbo, who revealed this in Abuja said more licenses of both private and public stations which have so far failed to pay-up their license fee to the commission would be revoked.

Modibbo  said the NBC had given all stations who owe the commission over N5 billion till the end of March 2017 to pay up their license fees or their stations’ license would be revoked.

According to him,over the past two weeks, he has given a  directive that  54 companies that were issued licenses but had refused to pay their fees within the mandatory 60-day window would have their license revoked.

“At our stakeholders’ conference with broadcast organizations, I had informed stations of a persistent pattern of refusal to pay license fees. Stations around Nigeria owe the NBC over N5 billion. Even the statutory act of informing NBC, six months before expiration of licenses and signification of intention to continue as licensees is willfully ignored by stations.

“License fees are in arrears; there is no plan by many of these stations to pay; while some even have the temerity to write NBC, the regulatory institution, that the amount they are obliged to pay is too much, consequently, they then tell us how much they are willing to pay, and even adding the time they are going to pay such sums that they have decided to pay.”

He warned that cases where some private station owners use political connections with the top most political leadership the country in the past to get illegal and undue favours that run contrary to the NBC Act and the Nigeria Broadcasting Code would no longer be condoned.

“We are delighted that Nigerians are investing in setting up radio and television stations; they create jobs; open up accesses for content producers to showcase talents and are contributing to national development. But no one has a right to hold on to allocated frequencies indefinitely, when the resource itself is finite and there are other people waiting and ready to make use of those frequencies,” he said.

“The next phase is our plan for the six states that we have chosen to switch on. As I address you today, Pinnacle Communications Limited has commenced the installation of the facilities for Kaduna. I was there to inspect the work being done at the weekend.

“Our colleagues can go to the site on Rabah Road, in Kaduna to verify that work is advancing very rapidly there. They have also concluded plans for Delta and Gombe states, while the second signal distributor, ITS, will similarly mobilize into Kwara, Enugu and Osun states,” he added.