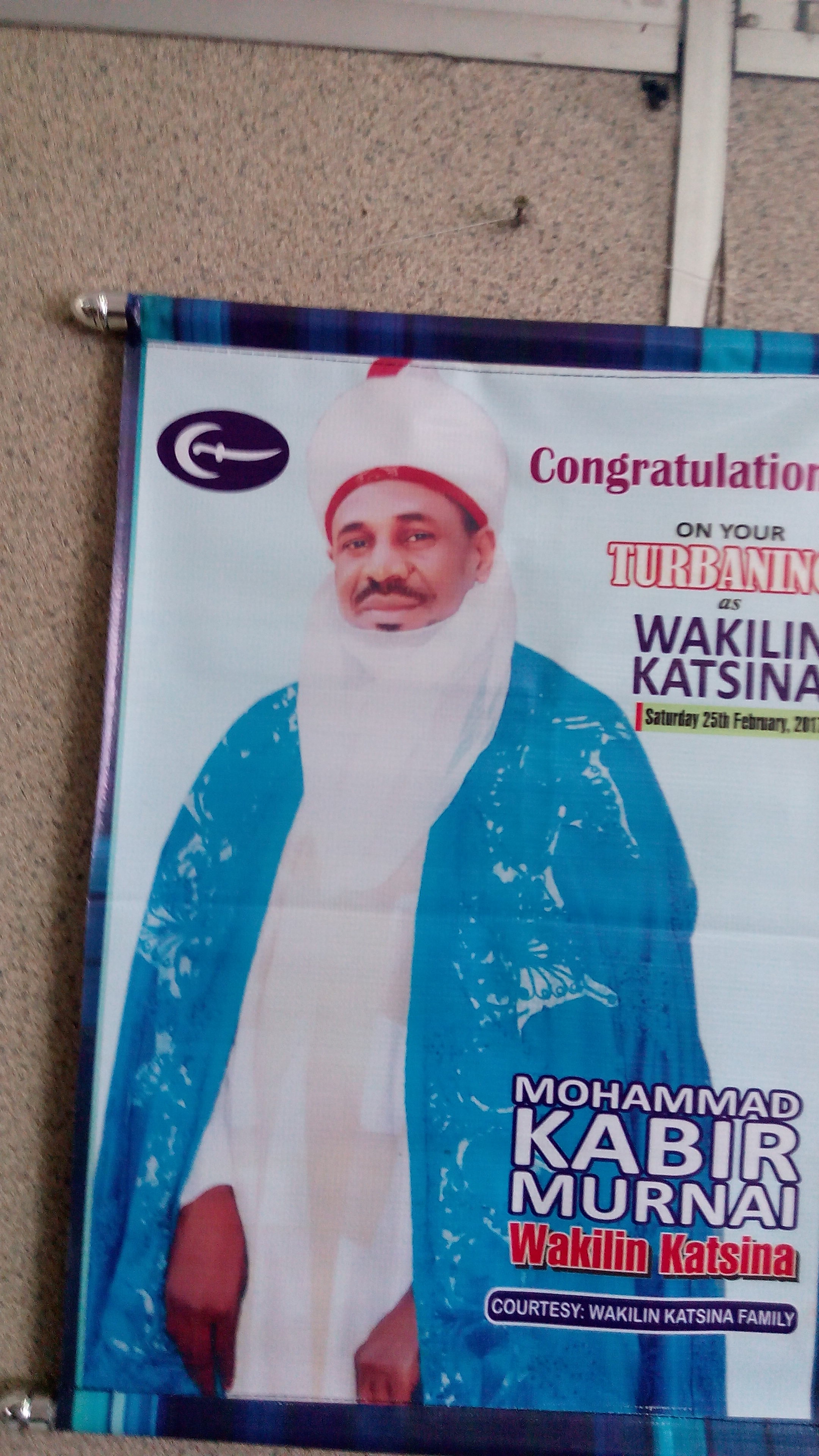 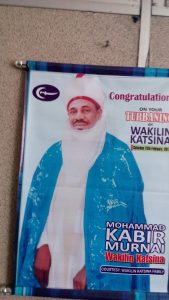 The Deputy Director  Transport of the Nigerian Maritime Administration and Safety Agency(NIMASA) , Alhaji  Muhammed Kabir Murnai  who was turbaned recently as the WAKILIN KATSINA  by His Royal Highness , Alhaji Abdulmumini  Kabir  Usman , CFR , The  Emir of Katsina has said his new position will make him to increase its contributions to the development of his community, State and Nigeria.

The Wakilin Katsina  who made this promise in an exclusive interview with the Marineand Economy Journal  in Lagos  explained that his current status has gingered him to further improve on his youth empowerment programme  for indigenes of his community , and others in his State and the country at large.

According to him, since his primary assignment is to represent the Emir of Katsina wherever His Royal Highness sends him  and to carry out any assignment he gives to him , he will focus on that quality representation  and the effective discharge of any responsibilities that are given to him to carry out in the interest of Katsina and Nigeria.

He said that his attention would dwell on the education of the youth, social development , social justice and the total well- being of the citizens of  the State adding that  the new position also expects him to contribute to the strengthening of the   traditional institution.

Alhaji Kabir Murnai expressed his appreciation to the Emir of Katsina  , his community and  the Town of Katsina for finding him worthy  to be the new  Wakilin Katsina , saying that the assumption of the traditional position has given him the opportunity to contribute more to humanity.

The turbanning which held on Saturday , February  25, 2017 at the Emir’s Palace was very colourful and attended by dignitaries from all walks of life in Nigeria.

The  Wakilin Katsina , who is like an Ambassador extra- ordinary and plenipotentiary to the Emir of Katsina bagged the glamorous traditional title for his tremendous contributions to his community , State and Nigeria , a feat that has spanned several years.

A very unassuming person, a philanthropist and a very humane individual, Alhaji Kabir Murnai h passion for youth education, development and empowerment, a situation which made him to sponsor the education of some Katsina and other States youths locally and abroad.

He was reputed to have collaborated with the Katsina State Government to sponsor about 25 students to undergo a four- year  course in Nautical and Marine Engineering at the Academy for Science , Engineering and Maritime Transport, Alexandria in Egypt  while the students successfully completed the programme .

Alhaji Kabir Murnai  is also very knowledgeable while he is well travelled as he has attended various courses locally and internationally in Europe, America , Asia and other countries of the world.He has also served as member/delegate in wide ranging committees within and outside NIMASA, thus representing the Federal Government in many countries of the world.

The Wakilin Katsina was born in December 28, 1965 while he started his education with the Quaranic School.where he learned and studied Quaranic recitation  and basic Islamic  knowledge.

His Western education started in Rafindadi Primary School  from 1971 to 1978  following which he proceeded to the prestigious Sardauna Memorial College , Kaduna  from 1978 to 1983  and College of Advanced Studies , Zaria  from 1984 to 1986.

He subsequently went to  the University of Sokoto , now Usman Dan Fodio  University  from 1986 to 1989 where he graduated with a Bachelor of Science (B.SC) Degree in  Sociology  while on completion of his studies he served the mandatory  National Youth  Service with  the Nigerian Railway Corporation (NRC), Lagos.

Sequel to his quest for  more knowledge ,  from 1996 to 1997  he attended the International Maritime , Transport and Shipping Academy in Rotterdam , Netherlands where he obtained a postgraduate Diploma in Port, Shipping and Transport.

His working experience started at the NRC , Lagos following the completion  of his  NYSC .He  served as a Personnel Officer and Senior Personnel Officer  after which in  1994  he transferred his service to the National Maritime Authority(NMA) , now NIMASA  where he served in various capacities before rising to the position of a Deputy Director.

A team player, urbane  and an achiever , Alhaji Kabir Murnai  is expected to add colour  to his new position because of his vast experience and education, while he is to serve as a role model for the youths because of his age , represents the interest of the old  as well as  use his current status to enhance his contributions to the development of his community , his State and the country at large.