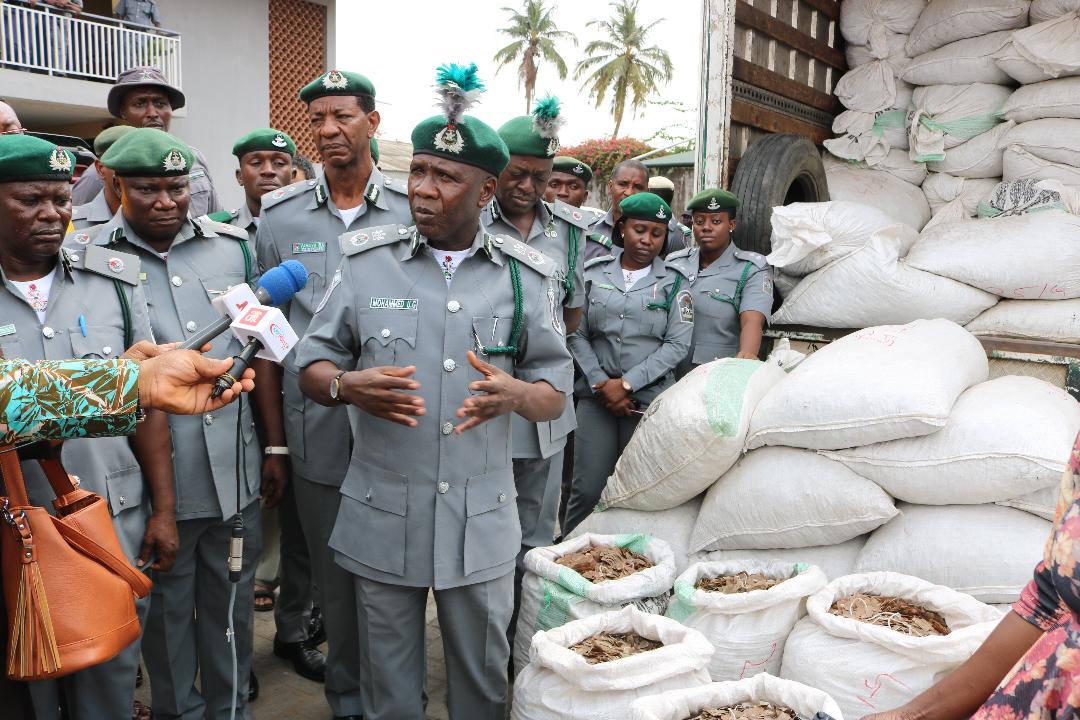 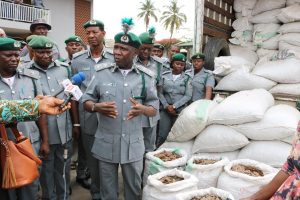 Uba , Controller Customs FOU ‘A’ speaking on the seized Pangolin scales in Lagos

The Controller , Federal Operations Unit (FOU) ‘A’ of the Nigerian Customs Service(NCS) , Comptroller Muhammed Uba has promised that the Service will continue to motivate officers involved in anti smuggling operations  and provide them with needed operational logistics that will help them perform their jobs better.

Uba  lauded  the determination and resilience of the FOU  officers that have put their lives on the line while performing their statutory responsibilities most especially in anti-smuggling operations, which  he said is yielding positive result

He stated that  the motivation became necessary to sustain the anti- smuggling operation and ensure that smugglers are prevented from damaging Nigeria’s economy through their acts of sabotage.

According to a statement made available to Marineandeconomy online by the Public Relations Officer  of the FOU, Attah Jerome , the Controller made the pledge while speaking on the seizure by the FOU  of 329 sacks of Pangolin Scales weighing 8,492kg with a duty paid value of N1,732,857,393.96

The controller had said that Mr. Li Chaomin, a Chinese national was apprehended in connection with the  seizure, making it two Chinese Nationals in a roll in relations to goods banned for export, recalling  that in the month of February the FOU  evacuated 55 sacks of the same pangolin and 218 pieces of elephant tusks, which were all, handed over toNigerian Environment Standards and Regulatory Enforcement Agency( NESREA).

He said the  seized items and the suspect will be handed over to NESREA for further investigation in collaboration towards protecting Nigeria’s  natural habitat and protecting the  endangered species just as it was done with the earlier seized similar item.

According to him, the  convention of International Trade in Endangered species (CITES 1973) entails that Customs Administration all over the world to  protect wild life by intercepting illegal trade on such animals adding that  Pangolins are the only known mammals that have large and protective keratin scales covering their skin.

Uba  said in the statement that after a surge in poaching across Asia, the international illegal wildlife trade is now also a growing threat to African pangolin species adding that the  scales were sourced from other African countries to be trafficked.

According to him,’ the  tragedy of the unsustainable demand for their body parts in the illegal wildlife trade, the better chance they have from being saved from extinction. It was based on that the World Pangolin Day was set side globally to talk about pangolins and to help spread awareness about one of the world’s most vulnerable but least-known species. This year’s Pangolin Day was held February 17 to that effect’.

He affirmed that the Customs action was  is in-line with the provisions of Sections 147 of Customs and Excise Management Act (CEMA) Cap 45, Laws of the Federation of Nigeria 2004 (power to search premises).