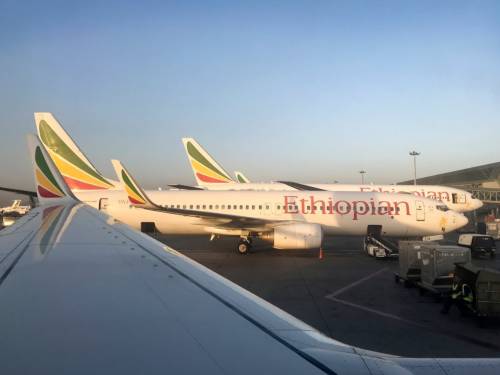 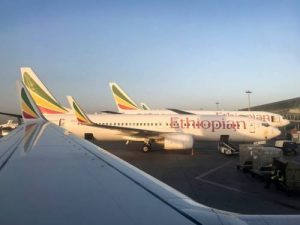 Germany’s Federal Bureau of Aircraft Accident Investigation (BFU) has  said it will not analyse the black box from the Ethiopian Airlines passenger jet which crashed soon after taking off from Addis Ababa on Sunday.

Ethiopian Airlines which stated this in a twitter message however said Thursday that the black box flight recorders from the Boeing 737 MAX 8 that crashed with 157 people on board, have been flown to Paris for analysis.

Germany’s refusal  led to some uncertainty for a couple of hours before the French Bureau of Enquiry and Analysis for Civil Aviation Safety (BEA) announced late on Wednesday that they would analyse the black-box flight recorders.

The chief executive officer of Ethiopian Airlines, Tewolde GebreMariam, said the black boxes from Sunday’s plane crash in Ethiopia would be sent to a “closer country in Europe” rather than the United States for analysis.

Later on, an airline spokesperson reportedly confirmed that the country in question was Germany. However, just hours later, Germany’s BFU issued a statement reasoning their rejection of the request.

“This is a new type of aircraft with a new black box, with new software. We can’t do it,” BFU spokesperson Germout Freitag told the media.

Pilots have reported issues in US with new Boeing arrived in Paris for analysis on Thursday morning. The BEA is one of the world’s most active air crash agencies alongside the National Transportation Safety Board of the United States and has laboratories at its Le Bourget headquarters.

A spokesman for the BEA said they wouldn’t be announcing the results. “Only the Ethiopian authorities will report on the progress of the investigation. There will be no press conference,” a BEA spokesman told reporters.

The 737, which first entered service in the late 1960s, is the aviation industry’s best-selling model and Boeing’s top earner. The re-engined Max version has racked up more than 5,000 orders worth in excess of $600 billion.

When Indonesian carrier Lion Air’s Boeing 737 Max 8 crashed on October 29 in 2018 killing all 189 people on board, Boeing pointed to maintenance issues and human error as the underlying cause, even though the plane’s pilots reportedly had been battling a computerised system that took control following a sensor malfunction.

Just over four months later, the Ethiopian Airlines crash on March 10 – killing 157 people – has triggered increasing global pressure on the manufacturer over safety concerns and software issues with the aircraft model. Ethiopian Airlines CEO said the pilots had complained about ‘flight control problems’.