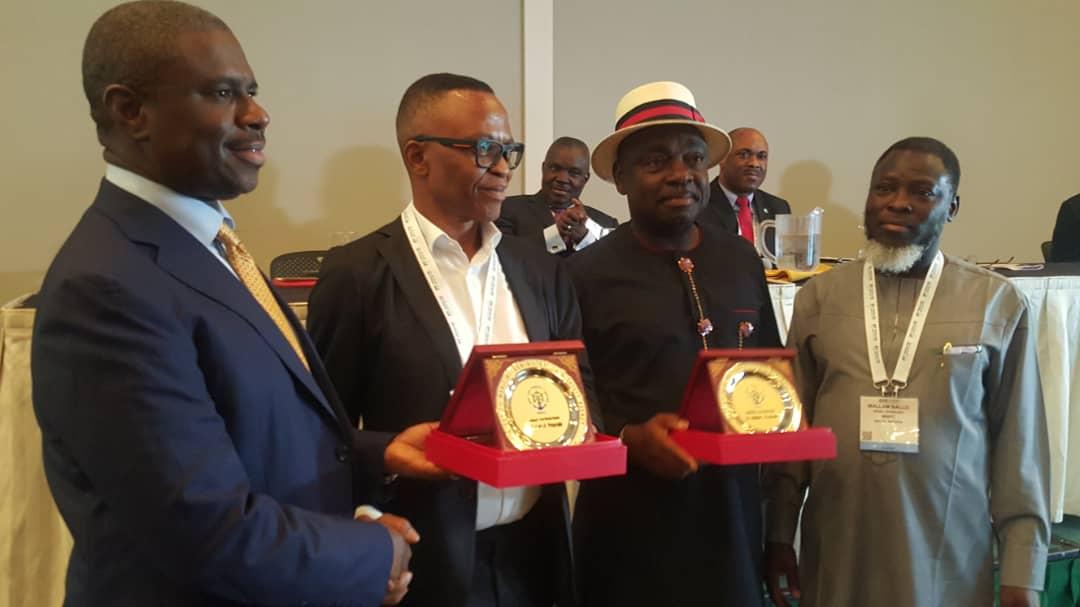 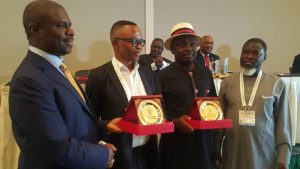 The Nigerian Maritime Administration and Safety Agency, NIMASA, has emphasised its readiness to develop policies that will see to a smooth transition from the regime of intense wet cargo operations, which is the major source of income for the maritime sector in Nigeria, to the inevitable era of renewable energy which may see less activities in crude oil exploration and exploitation in the country.

The Director General of NIMASA Dr Dakuku Peterside stated this when delivering a paper at the Africa Regional Workshop  with the theme,  the effect of Global Energy Transformation at one of the side workshops during the just concluded Offshore Technology Conference, OTC in Houston Texas.

The NIMASA DG noted that though, the Maritime sector in Nigeria benefitted extensively from oil exploration and exploitation in Nigeria including limited technological and skill transfer, the time to see both opportunities and associated risk of the gradual shift towards renewable energy from fossil fuel for the maritime sector is now. He said that there may be no need for huge vessels, for intercontinental shipment of both crude and refined products in years to come, thus the need for a new logistics dynamics to bring about logistics diversification.

“We at NIMASA are working to create a new framework to maximize opportunities provided by renewable energy. So the world does not leave us behind. As a Maritime Administration we are taking conscious steps to put the necessary building blocks for an era of renewable energy when exploration and exploitation of oil and gas and all associated logistics will no longer play a major role. We propose policies to promote transition to clean and renewable energy. We have accepted the inevitability of renewable energy in years to come “ he said.

Dakuku further stated, there was the need for all African countries to invest in research so that the advent of renewable energy would not take the continent by surprise.

In his words “As government and a people, we must begin to invest in research. We must invest in quality tailor made education for a future without much income from fossil fuel and focused mainly on harnessing potentials of renewable energy which are abound in our country.”

He also disclosed that partnership with other Agencies of Government to undertake research and project into the immediate and long term future of the Maritime industry in Nigeria is part of NIMASA preparation for the future with less income from exploration and exploitation of the oil and gas sector. He noted that the need for Very Large Crude Carriers VLCCs amongst others would reduce, thus the need to guide investments in the Nigerian maritime sector.

According to him “ our partnership with the Nigerian Content Development and Monitoring Board to identify the types of vessels that Nigerian should acquire in order  to guarantee good business and return on investment in the immediate and long term is part of our focus on the future. We are investing in research to determine the opportunities and threats that will come with the inevitable shift from fossil fuel to renewable energy”.

While making an energy demand forecast in Africa to increase by 60% in 2030, Dr Dakuku said Hydrocarbons will continue to play a role in the energy mix that will satisfy Africa’s growing energy needs adding that  the shift to renewable energy as source will also be significant by the year 2030. Dakuku urged African countries, particularly Governments in West and Sub-Sahara Africa to lay much Emphasis on technology driven process, research and education.

On his part, Chairman Petroleum Technology Association of Nigeria (PETAN), Bank-Anthony Okoroafor noted that the second energy revolution in the 70s, which saw petroleum energy becoming the major source of energy replacing Coal energy which had hitherto provided over 62% of world energy needs in the 1920’s should be an indication of what to expect as the world gravitate towards renewable energy.

“The cost of solar energy generation in 2015 has decreased to as low as one sixth the cost in 2005 and the cost is still crashing daily. With the mass production of electric cars, it is pertinent to note that in no distant future, the “petroleum age” will become a thing of the past just like coal”. He said.

Stakeholders from the oil and gas and Maritime industry across the world, particularly from West and Central Africa attended the regional workshop.