The Federal Government has resolved to purchase new set of coaches and locomotives to increase the number of rolling stock available to the Nigerian... 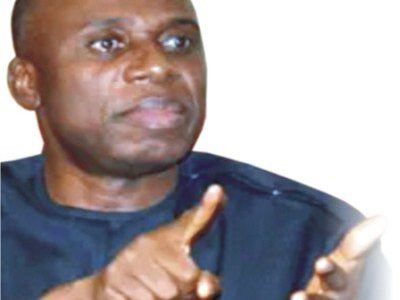 The Federal Government has resolved to purchase new set of coaches and locomotives to increase the number of rolling stock available to the Nigerian Railway Corporation and  make it serve more commuters who  scramble  to buy tickets in the various train stations  across the country.

The Minister of Transportation,  Rotimi Amaechi  gave this indication , when the  Director-General, Infrastructure Concession Regulatory Commission (ICRC),  Chidi Izuwah  presented  the Full Business Case (FBC) Certificate for the concession of the E-ticketing system, to  him, in Abuja yesterday.

The ICRC boss had earlier said that N16 billion could be generated   in ten years from the sales of train service ticket via the automated ticketing platform .  .

Amaechi, however, added that a holistic approach to solving the problems associated with sales of ticket would be the buying of more coaches and locomotives to meet the increasing passenger traffic

The Minister  stated that  he had gotten President Muhammadu Buhari’s nod ,for the Government to buy  more coaches and locomotives  from China saying , he believed that the step would check the problem  associated with the rush by commuters  in the train stations  to get tickets for their trips.

. According to the minister,’’ the most important solution is the provison of more coaches and locomotives.

“This will go a long way in reducing the madness because if people can buy their tickets from their offices and homes, they will not be coming to the train stations  just ,to embark the train.

“I just had a meeting with the President today ,and we agreed that we should approach the Chinese and buy more coaches.

“The moment we get more coaches, then we will completely eradicate the current madness going on in the different stations,” the Minister explained.

The  Minister commended Izuwah for the timely presentation, adding that he would proceed to Federal Executive Council (FEC) immediately for the approval.

Also,  during the presentation, Izuwah had said  that “Under the inspiration of the President  Buhari, this transaction is for ten years, and over those ten years, the financial model shows that NRC and the Federal Government will earn over N16 billion as revenue from the ticketing system.

“This will provide additional revenue for the government.  So basically, we have turned a problem into an opportunity.

“This is a PPP where the Private sector will invest money to develop, deploy and operate an integrated ticketing solution.

“So, Nigerians will be able to buy their own tickets the way it is done anywhere in the world.

“The NRC has gone through a procurement process in line with the ICRC ACT, a competitive process and a preferred bidder has been identified as SECURE ID,” he said.

The ICRC boss stated that  an FBC was developed and due diligence was  carried out to verify the  technical,  financial and managerial competence of SECURE ID and her partners to execute the project adding  that this would be followed by a presentation of the project to the Federal Executive Council (FEC).

Izuwah explained that after the approval by FEC, there would be signing of the concession agreement after which the project would be executed for the benefit of Nigerians.

He reiterated the benefits of the project among which was to ensure increased revenue to the economy.