Aviation Minister Hadi Sirika said yesterday that the Akanu Ibiam International Airport runway rehabilitation will be completed before Easter. The minister, who spoke when... 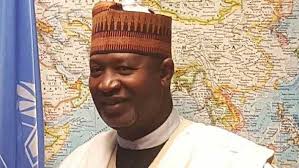 The minister, who spoke when he inspected the airport, disclosed  that  the contractor, Messrs PW Ltd, gave an assurance that the project would be completed before Easter  and expressed satisfaction with the progress of work.

He noted that the airport was of strategic importance to the Southeast.

According to him, the airport’s new international terminal will be completed before the end of the year.

Ezeilo stressed the airport’s importance to the Southeast and beyond, adding that the state was committed to the project’s timely completion.

Nnaji said the National Assembly had fulfilled its part in the project execution.

He stated that the  oversight functions to ensure that the airport renovation was completed to standard would continue.