Ban on Okada, Keke: Lagos Says It Will Not Reverse Policy

Despite violent protests and scathing criticisms  that have dogged the policy, the   Lagos State Government has pledged not to reverse  its decision on  the... 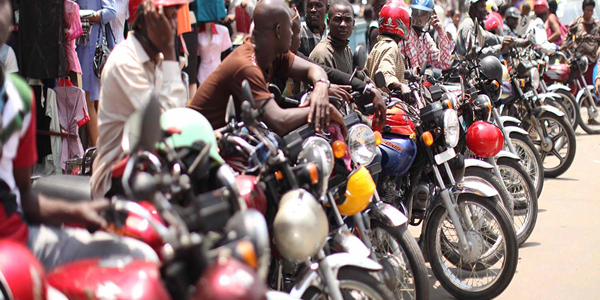 Despite violent protests and scathing criticisms  that have dogged the policy, the   Lagos State Government has pledged not to reverse  its decision on  the ongoing enforcement of restriction of operations of commercial motorcycles and tricycles in six Local Government Areas(LGAs)  and nine Local Council  Development Areas LCDAs)   across the State.

Governor Babajide Sanwo-Olu  who made the promise at the launch of ‘commercial operations in water transportation ‘by Lagos Ferry Services (LAGFERRY) at Badore Ferry Terminal in Ajah yesterday , said the restriction is in line with the state’s Transport Sector Reform Law of 2018, which restricts operations of commercial motorcycles, popularly known as Okada and tricycles (Keke Marwa) in the State.

Sanwo-Olu said the State Government would not give in to blackmail and “uninformed criticism” of its decision to restrict Okada and tricycles on the highways, saying the enforcement became necessary in the face of growing threats to security.

Besides, Sanwo-Olu said the scary figures of accidents resulting from Okada riders’ recklessness and the disobedience to traffic laws necessitated the enforcement of the laws.

The governor admitted the decision was a tough one but said government would not compromise on the issue of security and safety of residents.

He said: “I agree it’s a tough decision we made regarding the restriction of Okada and Keke in some parts of Lagos. But I want to state some facts, which people can debate. The restriction is primarily based on security and safety of lives of residents. We took the decision based on the level of danger we have seen to have happened to our people.

“As a responsible government, we will not fold our arms and allow Okada riders to put our lives in danger. One life is as important to us as all the economic benefits to be made, if we allowed them to continue. We understand that investment too can be critical, but keeping people alive and safe is more germaine.”

Sanwo-Olu identified with commuters affected by the Okada restriction. He announced that the government would be deploying over 500 buses to the routes listed in the restriction directive as alternative to ease movement.

He added that the launching of ‘commercial operations on waterways’ by LAGFERRY was another initiative introduced by the government to address congestion on the highways.