Maersk expects to resolve safety and all other issues faced by ammonia and fuel types based on alcohols in two to three years, clearing... 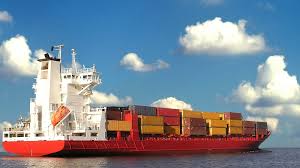 Maersk expects to resolve safety and all other issues faced by ammonia and fuel types based on alcohols in two to three years, clearing the way to order the first ships to run on these fuels in the next three years, the company’s CEO Søren Skou said in a podcast hosted by Global Optimism.

The world’s largest container shipping firm vowed to become a net-zero company in 2018 setting a major precedent in the industry as it vowed to outperform targets set by the International Maritime Organization (IMO).

The key driving force for decarbonization comes from the market because customers are demanding that the suppliers make their supply chains greener and more sustainable.

Maersk’s two strategic targets on CO2 emissions are to have net-zero CO2 emissions from its own operations by 2050, which includes having commercially viable, net-zero vessels on the water by 2030, and to deliver a 60% relative reduction in CO2 emissions by 2030 compared to 2008 levels.

The company has been vocal about its preference for a zero-emission alternative to fossil fuels rather than choosing LNG as a bridging fuel for the company’s fleet.

Since the clock is ticking, Maersk has decided to invest a lot of its own money, time, and effort into research and development to improve the technical and financial viability of decarbonized solutions.

Skou said that the vast majority of the company’s investments in the next few years will go into developing new fuels, zooming in on three potential fuel types based on alcohols (methanol and ethanol), bio-methane, and ammonia.

Specifically, in order to meet its goal, the company needs to have zero-emission vessels in its fleet by 2030, which leaves it less than a decade to develop new marine fuel technologies and infrastructure.

“We have to do a lot of work ourselves to find the solution. I have no ambition of becoming a fuel supplier, that’s not part of our strategy. But it’s not like we are seeing a lot of fuel suppliers knocking on our doors and saying: look you should use this fuel in five or ten years from now.

“Therefore, we are actually working on it ourselves so that we can define the fuel we want and then, hopefully, we can help create a market for it at that time,” he added.

As explained, the company has identified a couple of pathways on fuel: one is ammonia and another one is alcohols, since these two fuels can both be produced with a starting source of green energy.

“Nevertheless, we believe we can solve those problems in two to three years. It will still be a combustion engine as we know it today, which is good because it means there’s a chance we can even retrofit existing ships with new pistons and so on.

“And then three years from now, we expect to order the first series of baby small container ships that we can operate in a defined geographical area. Then we can go out and make supply contracts with people that can provide ships with ammonia or methanol, ethanol, etc and we can fuel the ships and get the experience on how it works operationally.

‘’Then we can be ready to start ordering large ships towards the end of this decade. That’s the pathway that we see, and we have to get this done by 2030.”

Commenting on the way forward for the industry and bringing others on board, Skou said the IMO system was crucial.

“I’m outraged about the lack of ambition level from some member countries of the IMO. But, I also think that they will be proven wrong and that the world will continue to push in this direction,” he added.