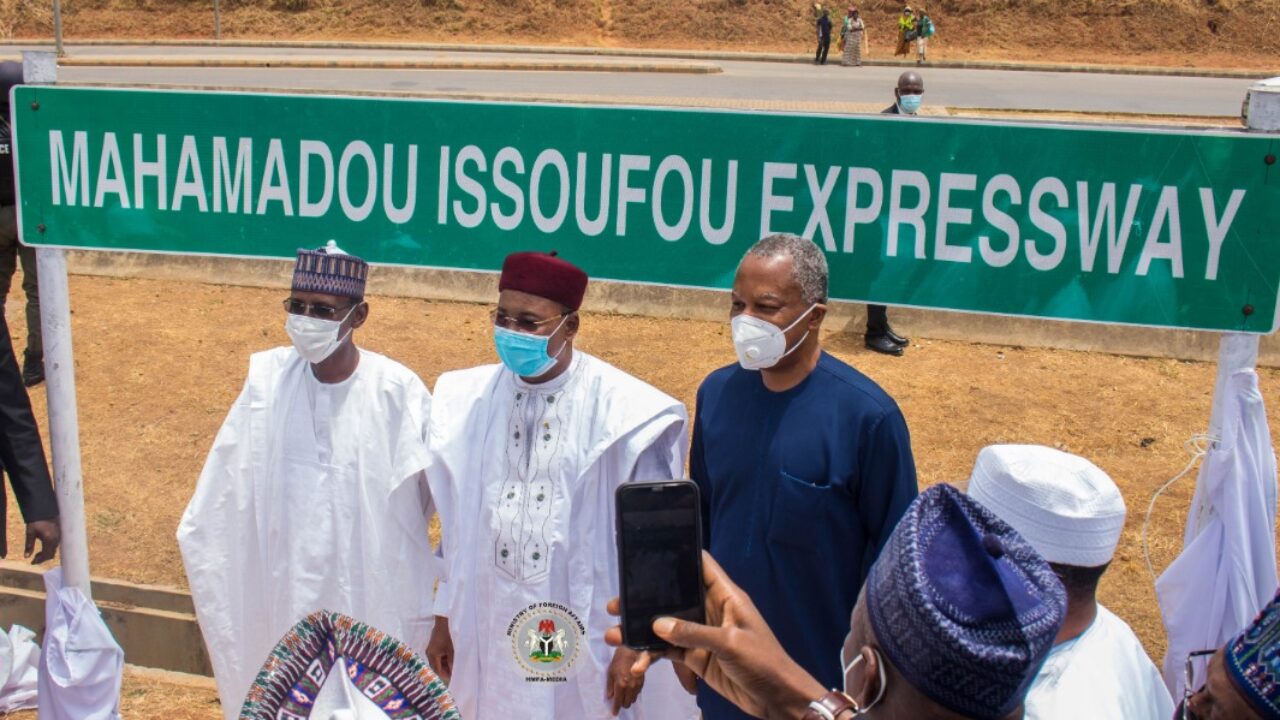 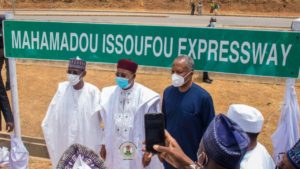 Naming of an Expressway in Abuja , after the president of Niger Republic, Issoufou Mahamadou, by President Muhammadu Buhari, has elicited condemnation on social media by some Nigerians.

Mohammed Bello, FCT minister, had stated in an occasion that the expressway was named after the Nigerien president for his “significant role in the promotion of peace in Africa”.

It will be recalled that President Buhari is also building a $2 billion railway leading from Jigawa via Maiduguri to Maradi in Niger Republic.

Reacting, some Nigerians took to the micro-blogging platform to crticise President Buhari for “always” seeking the interest of Niger Republic.

A twitter user took to the platform to highlight the numerous times President Buhari has bestowed favour to Niger Republic.

Mazi @FestusGreen@FestusGreen said : “Niger Republic is unofficially the 37th State of Nigeria, since 1985, when Buhari, as HoS, voted for a Niger republic Fulani man for OAU Sec Gen over an Igbo man. That $2 bn railway he’s building into Niger Republic would be completed before the second River Niger bridge. Priorities!

“Buhari also abandoned all of Nigeria’s dilapidated critical Infrastructures, and in 2018, he announced that NIGERIA would build a new $2billion refinery in Niger Republic. Priorities!

“Buhari had also nominated a Nigerien, Mr Ali Mohammed Magashi, as an ambassadorial candidate, he was from Niger Republic, this was revealed during Senate screening.

Republic. What’s the connection between Buhari & Niger Republic? What’s popping? What president would prioritize a foreign country over his own?”

#ABT #endsars@ChukzyMccollins stated that : “I thought Nigeria is a west African country, why is Buhari most interested in connections with northern Africa.”

jemi_wayne@iamChrisyJay writes: “Jubril can’t even hide it, that was what he signed with the Fulani mafias that he must help his country before he agreed to replace Bubu, Nigerians eyes nor reach ground.”

Voice of New Africa@sAyYOurMinD2 was of the opinion that that: “Even the real Buhari is from Niger republic.”