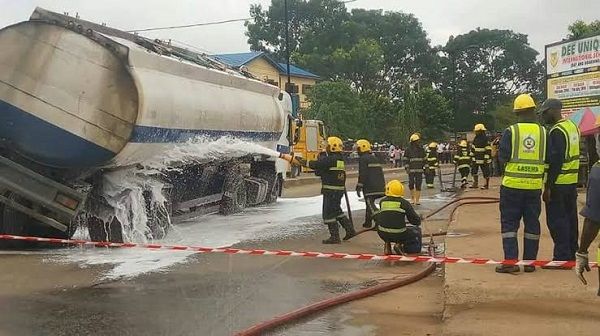 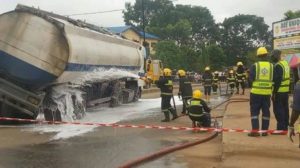 Fuel scarcity is imminent in some weeks time , sequel to a threat of withdrawal of services issued by the Petroleum Tanker Drivers (PTD) branch of the Nigeria Union of Petroleum and Natural Gas Workers (NUPENG), over their request that installation of safety valve in petroleum trucks, should be made a policy and mandatory with effect from May 1 , 2021.

This is because there are yet no indications that their demand will receive any positive response from the relevant authority , based on the fact that the matter has been glossed over in the petroleum industry over the years , despite its importance and in spite of the noise made over the matter whenever there are accidents involving tankers.

The union’s Chairman, Mr Akanni Oladiti, made the threat in a statement the branch issued after its Executive Meeting in Ibadan, Oyo State, yesterday, saying this was because the union members were usually the first casualties in any situation of fire accidents involving petroleum trucks.

According to him, the safety valves, if installed will go a long way in reducing the rate of fire accidents involving petroleum trucks and therefore save precious lives and property.

The council noted the inability of the relevant authority to fully enforce the compulsory installation of safety valves in all petroleum trucks to protect the inflammable contents of the trucks from spilling over in a situation of road mishaps.

It said the fire accidents are becoming too many but definitely avoidable, stating that the council in session is not unmindful of the pains and discomforts its decisions and intending actions will have on the general public.

The chairman said also that the union issued a 14-day ultimatum to the Nigeria Association of Road Transport Owners (NARTO) to negotiate the renewal of the Collective Bargaining Agreement (CBA) for new working conditions for tanker drivers.

He stated that the expiring CBA had been in operation for the past six years despite the fact that the country had been experiencing a spiral inflationary trend that was further complicated by the COVID -19 pandemic.

According to him, the council in session expressed deep worries that petroleum tanker drivers have been going through harrowing financial situations, while rendering selfless national services to ensure delivery of petroleum products to homes and factories in every nook and cranny of this country , in good and bad weathers and on highly deplorable highways.