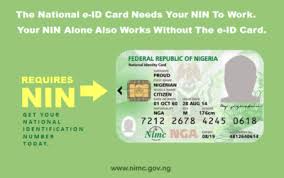 The Federal Government has again warned of dire consequences for Nigerians who fail to link their Subscriber Identity Module popularly known as SIM to their National Indentification Number(NIN) before the new deadline of May 6, 2021 stipulated for doing so .

The Minister of Communications and Digital Economy, Isa Ali Pantami yesterday alerted prospective defaulters of government’s imminent actions and advised all Nigerians to comply by verifying with their various networks that their SIM has been linked with their NIN to avert sanctions.

Government had earlier put the deadline at April 6, 2021 but had to again extended it ,sequel to requests from Nigerians that the date be shifted due to shortage of facilities and centers made available by the Federal Government for the exercise ,as well as the constraint of the COVID 19 pandemic .

Pantami, in a series of tweets, while reacting to a retraction on trending reports published about him by some media outlets, said anybody who is yet to link his SIM to his NIN should do it done before government ‘s next action. According to him, “If you are yet to verify your SIM using NIN, do it very soon, before our next action. Criminals are feeling the heat,” .

He said there was no going back on the issue of NIN-SIM verification to fight insecurity, adding that no amount of intimidation will stop him from implementing the good policies of President Muhammadu Buhari on security.

“On the issue of NIN-SIM verification to fight insecurity, there is no going back. Our priority as government based on the provision of our constitution 1999 (as amended) Section 14(2)b is security, not just economy. For sure, no going back at all. Let the sponsors continue,” he stressed.

The Minister’s reference to government action against defaulters may not be unconnected with the threat of 14 years imprisonment for those who fail to meet up with the latest deadline for the SIM-NIN verification.