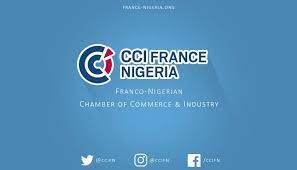 The French Minister in charge of Foreign Trade and Attractiveness, Frank Riester made the observation at a meeting he held with Nigeria Governors’ Forum (NGF), in Abuja, as part of his two-day official visit to Nigeria.

He said despite this, France is still optimistic of the future, when the COVID-19 crisis ends , because it has 100 companies that are settled in Nigeria, representing 10,000 people working in these companies and it wants to increase its investments in Nigeria.

Riester dislosed that the French Government wanted to help in the development of different states, by investing in both the private and public sectors, so as to deepen the relationship between the two countries.

He stated that as the largest economy in Africa and the economic engine room of West Africa, Nigeria is indeed a major partner for France.
The minister said that the French government was also putting in place measures that would allow more Nigerian companies to operate and invest in France.

Riester was of the view that he intends to meet, today, in Abuja some Nigerian companies that have already invested in France as part of measures to invite them to a specific meeting in Paris in June, where President Emmanuel Macron will welcome them and other companies globally , for the fact that France wants more Nigerian investments .

The Chairman of the NGF, Governor Kayode Fayemi of Ekiti State, commended the French government for its interest in Nigeria, especially in the states of the Federation.

Mr Fayemi, represented by Governor Simon Lalong of Plateau, described the meeting, aimed at strengthening the bilateral relationship between Nigeria and France, as fruitful.

He said that the meeting sought ways of boosting France’s collaboration and investment in Nigeria, in particular with the state governments.