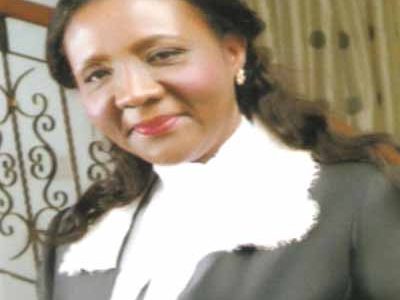 • Says Most Imported Fishes are Not Fit for Human Consumption Poor attention of the Federal Government to the development of the fishing sector in Nigeria ,pirates attack on waters , kidnapping of trawlers crew as well the high exchange rate have been identified as some of the factors responsible for the stunted growth of the industry.

The Chief Executive Officer (CEO) of Morbid Group ,who is also the first female President of the Nigerian Trawlers Owners Association (NITOA), Barrister Margaret Orakwusi made the observation when she featured on a Round table organised recently by the League of Maritime Editors and Publishers (LOMEP).

She said that government’s inadequate attention to the needs of the fishing industry has made the supply of fish in the country to be less than 50 percent , adding that there is a yawning gap for infrastructural needs in the industry .

Orakwusi also blamed high exchange rate of the dollar to the naira for the challenge of the industry , saying the development entails that practitioners have to spend much more to procure the necessary equipment like trawlers among others which have to be imported.through foreign currencies.

According to her, “There is currently a huge gap between demand and supply and most people believe it’s about 50 per cent but it’s much more than that. So, it shows the potentials for investors to come in, it shows there’s a huge market that we fishers are unable to satisfy, It also shows that this is an area that needs infrastructural development.

‘’ When we entered the fishing industry, for instance, things were cheap, an investor can decide to invest millions of dollars with confidence. There was once a time in this country we were changing a dollar for 60 kobo but today it’s between N400 to N500 to a dollar”.

“Then, there was no infrastructure put in place and till now it’s still the same. Those of us who entered at that early stage identified all these issues, we travelled out of the country because our market was not in Nigeria. We bought trawlers abroad because the foreign exchange then was cheap, we sold our shellfish that is prawns, lobsters etc. in the international market in dollars. But when your cost of production is always on the increase and you compete with people from other nations where their cost of production is low, automatically you’ve lost completely to them.

“The cost of production I’m talking about, for example, the foreign exchange rate in Nigeria, also you go to the bank to borrow money at either 10 to 20 per cent to buy a piece of equipment but somebody in another country is being encouraged or begged to come and borrow money at 2 per cent, and at the end of the day, both individuals meet in the international markets to sell, what do you think it’s going to happen”.

Orakwusi  also a Barrister at law stated that governments of foreign developed countries have a way of encouraging stakeholders in their fishing industry through granting them incentives such as tax holidays and lower interests rates among others, adding that the absence of these type of incentives for practitioners in the country, which would have created employment in the industry and reduce crime rates has also been its albatross.

She said that the illegal take over of the only functional fishing terminal in the country , where all necessary infrastructure was made available for those interested in fishing business to use having purchased their trawlers has also set back the fortunes of the industry.

Orakwusi explained , ‘’when we noticed what was going on, we approached the government and cried that any serious-minded country that wants to develop its infrastructure should go into fishing so, we proposed fishing terminal; a terminal for fishing produce.

‘’So what that means is that for anyone that wants to go into fishing, what that person needs to do is to buy a vessel and every other services are provided at the terminal. The government in its wisdom dedicated a place in Kikrikiri to serve as fishing terminals, by the way, other countries,such as Ghana, our neighbour who are seriously into fishing have terminals.

‘’ We all know how things have a way of going wrong in this country, we don’t know what eventually played out till we started seeing tank farms being erected by “powerful people” around the terminal. “As far as I’m concerned ,these “powerful people” are saboteurs of the general public.

‘’A dedicated terminal that will serve the interest of everybody, grow the fishing industry, accommodate all aspects of everything needed to make the fishing business easy like carpentry, mechanic, fire service, rope repair etc. was turned into something else. These are some of the things I believe have made the fishing business very cumbersome” .

Orakwusi disclosed that piracy and kidnapping which have become rampant in the maritime sector actually started with the fishing sub sector while government did not listen when the stakeholders in the industry raised an alarm about the criminalities , until most of the practitioners moved to safe environment.

According to her, “We have suffered losses such as human lives, equipment, vessels etc. This kidnappings that is all over the news started from the seas because our people were usually taken and ransomed demanded.

‘’We cried but nothing happened and it has really affected the numbers of fish trawlers and fishing companies we have in the country because of most them have relocated to a safe environment and you should also know that most people who were fishing in the country are expatriates so the capital flight is a different thing.

“A businessman is in business to make money and if the climate is not safe he relocates. The few who are remaining are driven by blindness in “patriotism” but even then they’re one leg in the country and the other outside. These are the things that have contributed to the decline you see in fishing in the country.

“It breaks my heart and I’ll tell you why. There was a time industrial fishing was the second in foreign exchange earnings in the non-oil sector in this country. Our activities are highly regulated by Nigeria and by all other countries we export our products to. We fly the Nigerian flag with pride.

‘’ it is on record that no seafood cleared by Nigerian fishery lab that has failed analysis anywhere in the world and the Nigerian Fishery lab was set up by us and the government.” We complied with the requirements of the European Union (EU). Everything we do is according to their standard.

“What we export are highly regulated but what we import are cheap products that would not pass analysis. At times you hear the women in Ijora screaming because these are products that are not fit for human consumption.Some of them are caught in all sorts of contaminated environments. Nobody is checking and we all know these.

We should not continue to feed our people with cheap products that we cannot guarantee, our hygiene, handling, environment. I can today beat my chest that with the analysis of my products and the certificate I can go anywhere in the world because daily, we analyse the water before we start fishing, we batch them. But who does that for the products being sent into the country?, she asked