Poorer countries are still struggling to secure precious shots ,despite that four billion doses of anti-Covid vaccines have been administered around the world. Forty... 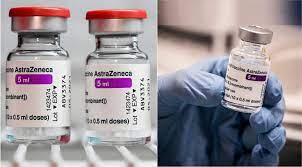 Poorer countries are still struggling to secure precious shots ,despite that four billion doses of anti-Covid vaccines have been administered around the world.

Forty percent (1.6 billion) of the four billion shots have been administered in China. India (451 million) and the United States (343 million) making up the trio of countries that have administered the most jabs.

In terms of population among countries with more than one million people, the United Arab Emirates is the leader: 168 first and second doses administered per 100 inhabitants. Uruguay follows (137), then Bahrain (134).

The UAE is close to having 70 percent of its population fully vaccinated while Uruguay and Bahrain have both reached more than 60 percent.

These countries have fully vaccinated more than half their populations.

Not far off are China (111), the United States (104) and the European Union (103). The US and EU have fully vaccinated nearly half their population. China does not communicate this information.

However the United States, whose campaign kicked off with gusto, now is vaccinating much more slowly.

Over the past week it jabbed only 0.2 percent of its population every day, far behind China (1.1 percent) and the EU (0.7 percent).

In terms of speed, Bhutan is currently leading the vaccination race, jabbing 4.9 percent of its population every day.

As with first doses of its vaccines earlier this year, the country has administered second doses to nearly 60 percent of its population in the space of 10 days, a rapidity unmatched by any other country.

Malaysia and Sri Lanka are next in the speed rankings, jabbing 1.5 percent of their population every day.

In Europe the quickest countries are Denmark, Ireland and Turkey (1.1 percent each), before Belgium and France (one percent).

Most poor countries have now started to vaccinate, mainly thanks to the Covax scheme and donations of unused doses by rich countries.

Injections in these countries have picked up recently after donations mainly of the AstraZeneca and Johnson & Johnson vaccines.

Africa remains the continent which is most lagging behind, with 4.8 doses administered per 100 habitants, 10 times less than the world average of 52 shots.

Haiti and Tanzania were the latest countries to start their campaigns, on July 16 and 28 respectively.