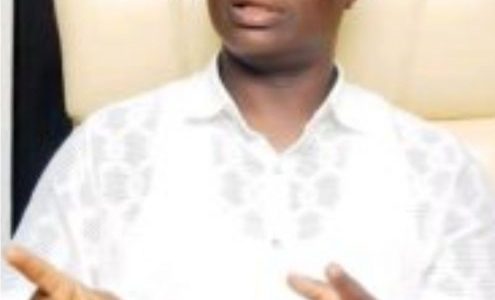 As part of measures to empower members to own their own houses , The President General of the Maritime Workers Union of Nigeria(MWUN), Comrade Adewale Adeyanju has said that the Union’s Executive will soon commence a Housing Scheme for its members, who are in the low income cadre in their places of work.

Comrade Adeyanju , popularly referred to in the maritime labour sector , as the Father of the modern Workers Union of Nigeria, due to the series of reforms he has initiated in the Union, made the revelation in an Exclusive Interview with the Marine and Economy in Lagos yesterday, adding that discussions are already at an advanced stage on the scheme.

He said that workers who are members of the four segments of the Union , namely the dockworkers , the Shipping sector, Seafarers and those in the Nigerian Ports Authority(NPA) would benefit from the scheme .

The MWUN President General explained that the Union is partnering with reputable housing developers on the scheme , pointing out that it will soon be launched with fanfare because of its strategic importance to the improvement in the life of the workers who will to benefit from it.

According to him , the Union’s Executive was motivated to engage in the scheme, to alleviate the hardship faced by low income earners in the realm of affordability of rents for their apartments and the lack of capacity to continue paying, particularly when they are retired.

Comrade Adeyanju who commenced the second tenure of four years in office about six months ago said he believed that such housing scheme would not only boost the productivity of the workers in their work places, but would enhance their commitment to the Union and make them look forward to their retirement .

He said the Union also embraced the arrangement for the fact that it would improve the quality of life of the beneficiaries of the scheme while working, and when they retire, once they have their own house , as they would only need to use their pensions for other matters beyond paying rent.

According to him, ‘’ My Executive is partnering with reputable developers to introduce Housing Scheme for less privileged workers who are our members in the NPA and across the other three segments of the Union.The arrangement is already in top gear and it would kick off any moment.

It is part of measures for the Exco to improve on the welfare of its members , as well as the image of the Union so that Nigerians will know that the Union is now a very organised body which has the interest of its workers at heart.
Comrade Adeyanju said that the introduction of the scheme will be a follow- up to the series of actions the Union’s Executive has carried out on the betterment of the working conditions and welfare of the generality of the members.

The MWUN President General also spoke on other wide ranging issues in the maritime sector , ranging from the Union’s Executive other plans during his second tenure, his activities during the first tenure and when he was the President of the Dockworkers Union of Nigeria(DUN) , solutions to the gridlock on the Lagos Ports Access Roads , the reasons for the failure of the Electronic Call up system of the NPA , popularly known as ETO among others.

• Read Full Interview Online soon and in The Next Edition of Marine and economy out This month.