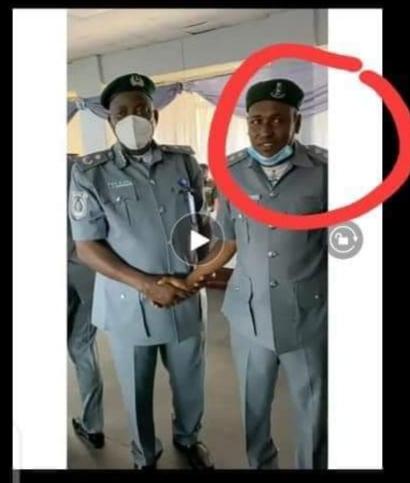 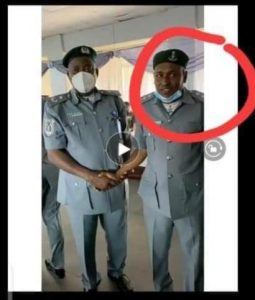 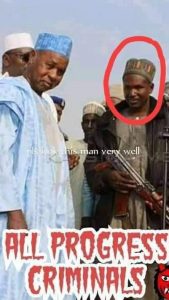 The Nigerian Customs Service (NCS) has said that one of its newly promoted Deputy Superintendent of Customs (DSC) who dramatized the process of salute during his decoration is not a bandit, as being insinuated in the polity.

In Statement released by the Customs, and signed by its newly promoted Public Relations Officer, Comptroller Joseph Attah , it said ‘the attention of the Service has been drawn to a ridiculous video making the rounds on social media platforms, comparing a newly promoted DSC and a bandit, with insinuation that the Customs Officer is the bandit that was recruited into the Service.

The Service said when the Officer in a nervous excitement could not get his acts together during decoration, it did not expect that ‘mischief makers would descend so low as to fabricate the evil thought’.

The Customs disclosed that , for the avoidance of doubt, the Officer in question was recruited through a rigorous process and trained in 2011 and has just grown to the rank of DSC – 3 stars .

It disclosed that a good look at the pictures will clearly show that the Customs Officer is not the pictured bandit, urging all well meaning Nigerians ‘to ignore the ridiculous comparison and treat it as the work of those who do not wish the nation well’.

The Customs stated that it is unfortunate that those who are bent on presenting the country in bad light could take a simple human error during decoration to ridicule his person and attempting to extend same to the Service and the nation.