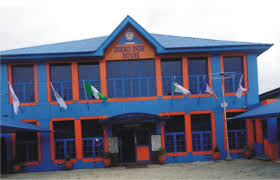 The Association of Nigerian Licensed Customs Agents (ANLCA) has said that its membership strength has continued to increase consistently despite the leadership crisis that characterized its erstwhile Board of Trustees(BOT).

Its National Secretary , Alhaji Babatunde Abdulazeez disclosed this in an interview with the Marine and economy at the association’s Secretariat in Lagos,saying specifically that the Association’s members have grown from about 1, 200 the executive met when it assumed power in April 2018 to about 2000.

According to him, the Association recorded 53 new members within three months in recent times particularly from its Murtala Muhammed Airport (MMA) Chapter , attributing the development to the quality representation and service which the National Executive Committee (NECOM) has been providing.

He said tat that licensed customs Agents have continued to recognize the fact that ANLCA is the umbrella body of customs Agents in spite of the distractions caused by leadership crisis.

Alhaji Abdulazeez said that the National Secretariat of the Association has always been opened for business on a daily basis even as various correspondence are received and attended to.

On the issue of bringing into the fold , other members of the Association who belong to another faction, he pointed out that the President, Hon Iju Nwabunike and the entire members of the NECOM have always been opened to any form of dialogue that would end the crisis.
The ANLCA National Secretary stated that he was at a meeting brokered by the pioneer President of the association, Alhaji Rafiu Oladipo recently , while a former President , Sir Eloka Okocha also brokered another meeting attended by representatives of the two parties not too long.

Abdulazeez explained that while he had cause to accompany the President to the office of the immediate past President, Prince Olayiwola Shittu as part of measures to settle the frictions in the association , he however said that he was still expecting him to invite representatives of both parties in the dispute to a formal meeting.

He said it was part of the executive’s search for peace that it had to, at its Annual General Meeting in 2020 amended certain areas of the Association’s Constitution bordering on tenure, to ensure one term of office for every elected officer.

According to him, this led to the allocation of one single term of five years , for every member of the National Exco, instead of two terms of four years; four years of one term for elected officers at the chapter level in place of three years of two terms and six years of single term only , for the BOT members