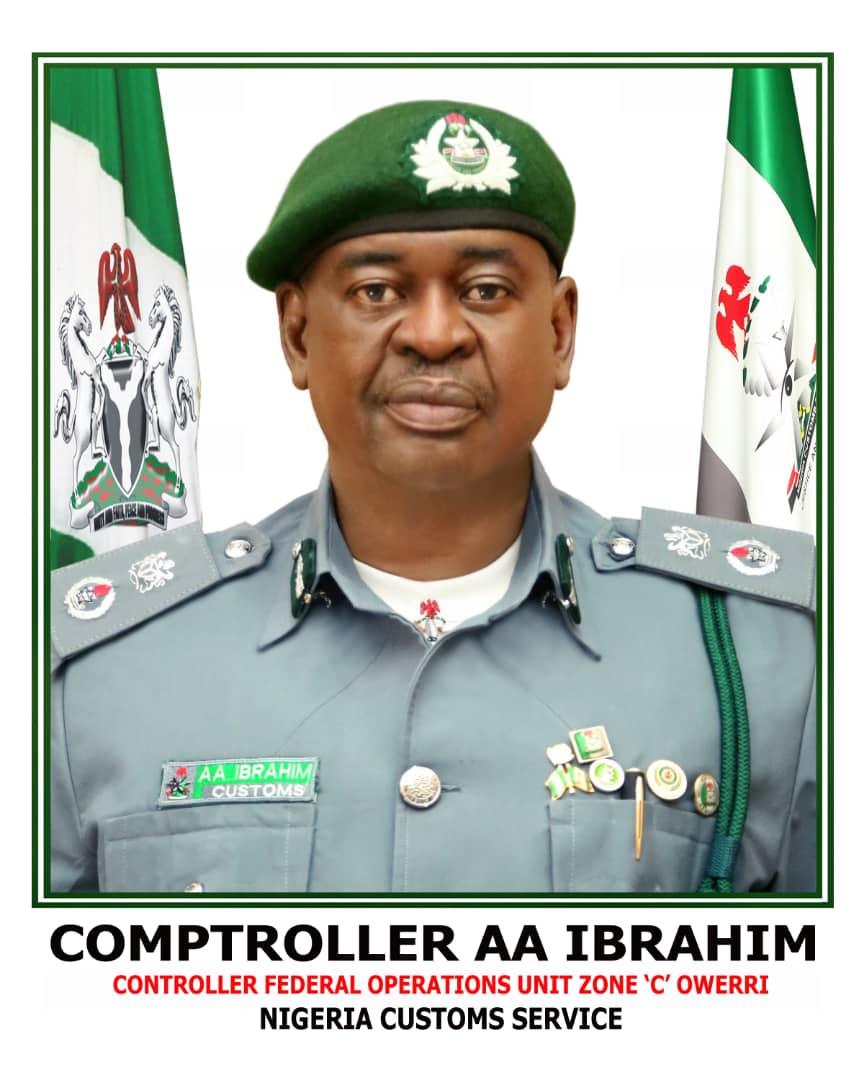 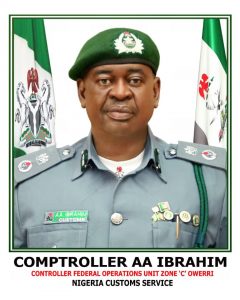 The new Controller of the Nigeria Customs Service, Federal Operations Unit, Zone ‘C’ (FOU C) Owerri, Comptroller Ali Ibrahim has said that smugglers would find it very difficult to operate in the Eastern and Southern part of Nigeria due to the tight security that will be put in place by the Service’s Unit in that part of the country covered by its operations.

He gave the warning at the Owerri ,Imo State headquarters of the Service this week , while taking over the baton of office from his predecessor, Comptroller Yusuf Lawal who has proceeded on retirement from the Service,.

Ibrahim also admonished the men and officers serving in the Unit to ensure that they comply strictly with the current import and export guidelines of the country to enhance the growth and development of the economy.

According to him, ‘’May I use this opportunity to solicit maximum cooperation from our men and officers and to ensure compliance with the current import and export guidelines as well as warn smugglers that with our planned water-tight security, FOUC will be made uncomfortable for their illicit activities’’.

Speaking while addressing his principal Officers in Owerri, Ibrahim, who congratulated his predecessor, Mr Yusuf Lawal on his successful retirement prayed God’s blessings in his future endeavours and urged his officers to maintain the status quo by making sure we record monumental seizures and raise maximum DN.

He thanked the Comptroller General, Col. Hameed Ali (rtd) for the opportunity to serve and pledged his unwavering commitment to the fight against smuggling and called on officers and men of FOU C to fully cooperate with him for best results, while assuring them of his commitment to their welfare.

In a vote of thanks, the DC in charge of FOUC Administration, DC Sunday Opakanmi described Lawal as a God-fearing, astute and friendly father figure whose achievements were written in gold and prayed God to grant him a long life and peace of mind to enable him enjoy his retirement.

Speaking, Mr Joseph Adelaja, an assistant comptroller of customs incharge of Aba/Eleme patrol base prayed God’s blessings on the new Comptroller while wishing him a successful time in the zone.

Also, Mr Ibrahim Usman , An Assistant Comptroller of Customs and OC in charge of port-harcourt information patrol team, pledged his support for the new comptroller and called on men and officers of FOUC to maximally cooperate with the new leadership which will bring about spectacular seizures especially at this ember season.

The event had a plethora of men and officers in attendance from various units and outstations under the zone.

Customs FOU ‘C’ Intercepts over N300m Worth of Armoured Vehicle, other Contraband