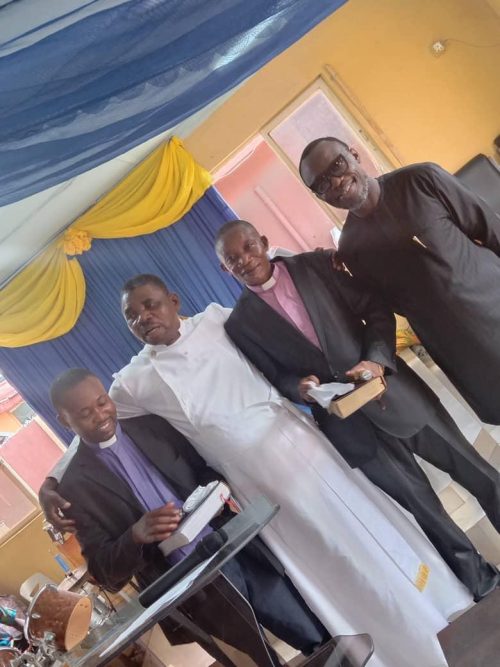 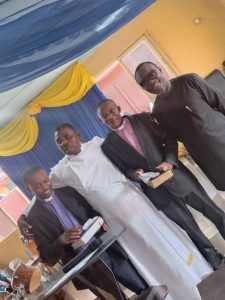 The Managing Director and Chief Executive Officer (CEO) of West African Exploration Production Company Limited, Mr. Rotimi Adefarasin, has charged the newly ordained ministers in Divine Favour Prayer Assembly Ministries to be alive in their sacred duties of service to God and mankind.

Speaking during the 2021 Ordination lecture of Divine Favour Theological and Specialized Seminary, Mowe, Ogun State, Mr. Adefarasin congratulated them for a successful academic session leading to the ordination.

He implored them to do everything possible in their power to evangelize by making God’s call upon them so real describing ordination as the authority to use God’s power for the intended purposes without any pursuit of worldly or material things.
Mr.Adefarasin urged them to learn from the mistakes of fallen vessels in the scripture as well as those around them .

He further urged them to shun vices such as pride and every act of unrighteousness and to imbibe the habit of regular prayer and fasting in a bid to regularly evaluate themselves spiritually.

Adefarasin tasked them to shun disobedience adding that what happened to King Saul should teach Christian leaders on the need to completely avoid disobedience.

His words :” The day King Saul disobeyed God was the day God began to search for a better replacement “.

The Rector of the seminary, Dr.Tayo Popoola congratulated the ordainees and their families and implored them to be faithful to God and serve Him with their whole might .

Dr.Popoola stated that the graduation/ ordination marked the end of the 2021 seminary calendar while that of the 2022 shall commence next February.

Dignitaries from all walks of life attended the ordination which was part of the 2021 Convention of the church.

21 Years On the Throne: Youths Back Kanwa Katsina over Developmental Projects