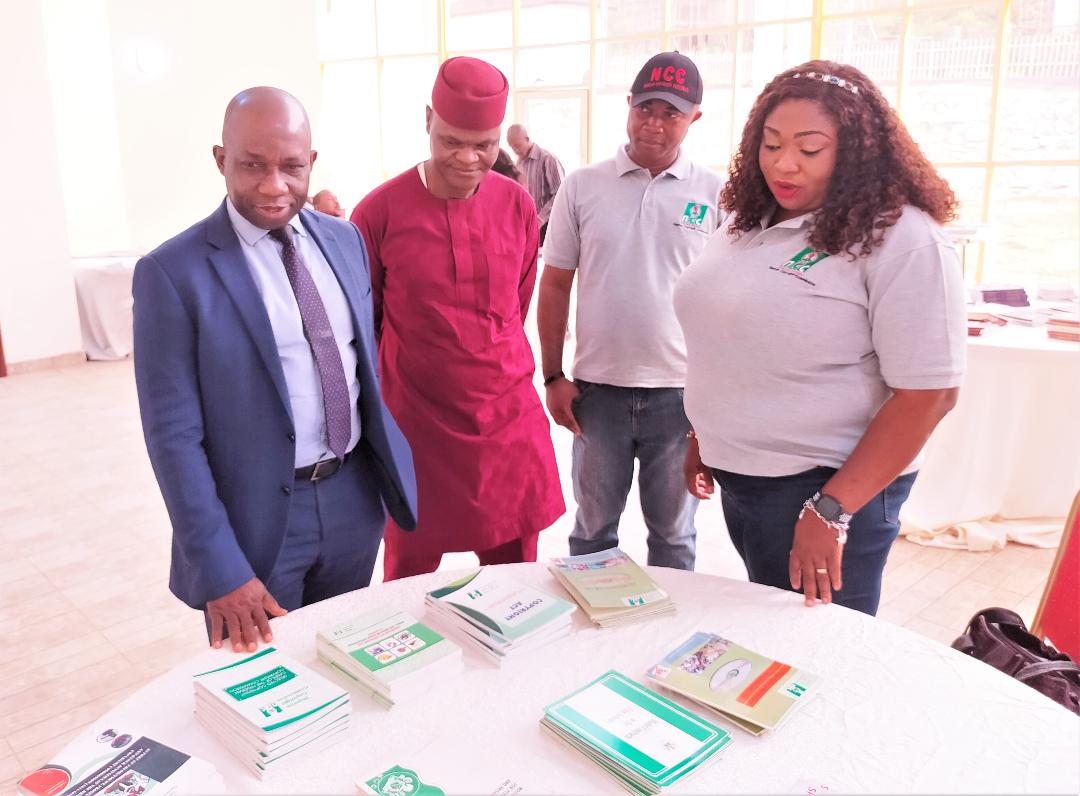 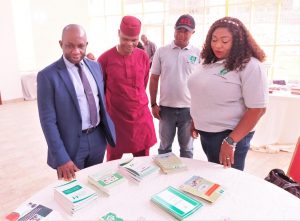 The Nigerian Copyright Commission (NCC) is set to revive its youth and schools programme with the establishment of more Copyright and Creativity Clubs in schools to develop creativity and creative talents, promote respect for copyright and enhance the Commission’s delivery on its statutory mandates.

Director-General of NCC, Dr. John O. Asein, made this known at the 40th Anniversary of the Association of Nigerian Authors (ANA) and the commissioning of the ANA International Conference Centre at the Mamman Vatsa Writers’ Village, Mpape, Abuja on 5th November 2021.

Dr. Asein disclosed that, for a start, the 40 schools that recently benefitted from the donation of 40,000 books by ANA would form the pilot project of the Commission’s new enlightenment campaign as part of its collaboration with ANA to promote creativity amongst school children.

“The Commission will partner with ANA and work with the various State Chapters to encourage our children to invest more of their time in realising their creative talents. This would ensure continuity and the sustainable growth of the creative industry in Nigeria while helping the children to put their energies to fruitful pastimes”, he stated.

Commenting on the theme of the programme, Resilience and Nation Building: The Contributions of Nigerian Literature, the Director-General said, “Nigeria’s investment in the creative and knowledge economy would ultimately define its future; hence, the campaign of the NCC slogan for the 40th anniversary celebration of ANA, “Our Creativity; Our Future!”

The Director-General commended ANA for putting the 40,000 books in the hands of children in the 40 schools chosen and charged all stakeholders in the book sector to support the efforts of the Association and do whatever they could to help Nigerian children discover themselves. He also urged them to encourage the coming generation to better appreciate Nigerian values, restore hope where there was hopelessness and help them in contributing their best for the good of the country.

“We will work together with ANA and every other stakeholder who believes in the future of this country to rebuild the character, passion and vision of these children”, he assured.

Also speaking in an interview during the anniversary, the ANA President, Dr. Camillus Ukah, said, “Creative literature is a very important tool for nation building, it is the missing link between our nation and development”.

He, therefore, called for the promotion of creative literature in view of its importance to the nation’s security and development.

Citing the dogged efforts of writers like Chinua Achebe and Professor Wole Soyinka, the ANA President emphasised that creative literature and its intellectual capital were vital to the sustenance of nation building.

In his words: “The story in literature is symbolic because it guides, corrects and shapes your mind. It is a product of resilience and key to the security of any nation because it grooms the mind and a groomed mind cannot get involved in untidy violence.“

Dr. Uka noted that the theme of this year’s ANA Convention, Resilience and Nation Building: The Contributions of Nigerian Literature, underscored the cardinal position of literature in the advancement of human cause. He added that the Association donated the 40,000 books, comprising different titles of its members, to serve as basic materials to set up 40 ANA literary creativity centres in secondary schools across the country.

According to him, the donation was part of ANA’s literary campaign, The Book-A-Child-A-Week Project, designed to encourage every Nigerian school child to read at least one general interest and character-defining creative literature text every week. He thanked the NCC for its partnership and commitment to realising the objectives of the project.

The Secretary-General, Pan African Writers Association (PAWA), Dr. Wale Okediran, in his remarks, called for adequate funding and support for the operations of the NCC in view of the institutional and financial challenges facing it.

Dr. Okediran stated that the relevance of copyright at this crucial time in the creative sector could not be over emphasized.

“Most of the creative works are in the public space and available online which gives room for piracy. The Commission needs to be empowered for effective copyright protection and antipiracy measures”, he added.

Commending the ongoing review of the Copyright Act at the National Assembly and the renewed energy being injected into the operations of the NCC, the PAWA Secretary-General enjoined all stakeholders to support the Commission for effective implementation of its statutory mandates.

21 Years On the Throne: Youths Back Kanwa Katsina over Developmental Projects

Adefarasin Charges Men of God on Service to God , Mankind