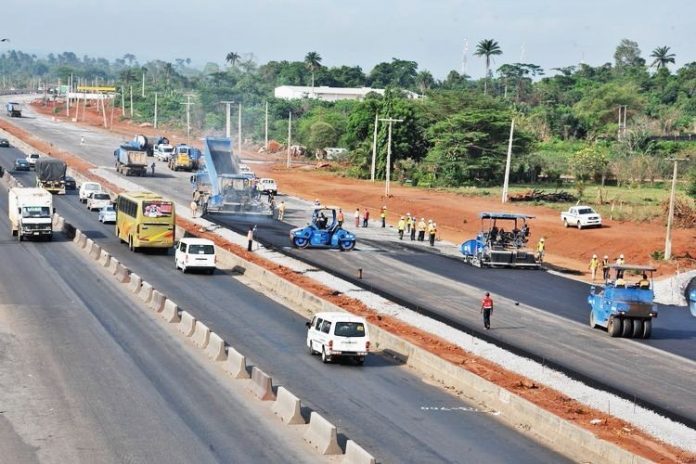 The Federal Ministry of Works and Housing has completed the evaluation of  proposals submitted for the  phase one, of the Value-Added Concession (VAC) ,under the Highway Development and Management Initiative (HDMI), which  seeks to concession 12 economically viable road corridors to technically and ﬁnancially  capable private sector firms/consortia.

The HDMI is a PPP initiative of the Federal Ministry of Works and Housing that seeks to attract sustainable investment and funding in the development of road infrastructure and maximize the use of assets along the Right of Way (ROW) of federal highways in the country.

Members of the PSC from the Ministries of Works & Housing, Environment, Finance, Budget & National Planning and Justice, Infrastructure Concession Regulatory Commission, and Bureau of Public Enterprises attended the meeting.

Speaking, the Head, PPP Unit, FMWH, Abimbola Asein, disclosed that the Project Delivery Team (PDT) had concluded the evaluation of the Bidders’ technical and Financial proposals and proposed Preferred/Reserved Bidders had been identified.

She, however, explained that the HDMI Project Steering Committee (PSC) reserves the right to disqualify any Preferred Bidder found to have supplied inaccurate or misleading information, following due diligence or is unable to reach a mutual agreement on the Project’s Technical and Financial Parameters.

After deliberating on the prayers presented by the PDT, the PSC approved the prayers and adopted amendments agreed on during the meeting.

The PSC reiterated the importance of due diligence on the preferred bidders and recommended the constitution of a team made up of high-ranking officials from the relevant Ministries, noting that this would help achieve value for money for Nigeria during negotiations.

The rationale behind the HDMI, a private sector engagement, is to provide alternative sources of financing for road development and management in the country.

The scope of the VAC under the HDMI includes the expansion, re-alignment, rehabilitation, and maintenance of the existing road pavements and bridges; construction of interchanges and pedestrian crossings and construction and operations of tolling facilities.

The Request for Qualification (RFQ) Notice was published on March 29, 2021, through the HDMI Portal. At the close of the RFQ portal on May 31 2021, 75 firms/Consortia successfully submitted valid applications.

An Inter-Ministerial Evaluation Committee evaluated the 75 submitted bids, wherein 18 firms / Consortia were prequalified, having met all the criteria outlined in the RFQ notice.

The RFP documents were then issued out to the 18 prequalified bidders on October 29, 2021, through the HDMI portal.

The deadline was February 22, 2022, while documents from the 18 bidders were officially opened during the RFP Bid opening ceremony held on February 23, 2022.

The Project is now at the Due Diligence Stage and will be followed by Negotiation of Technical and Financial Parameters. The Negotiated Parameters will be populated in the Full Business Case (FBC) to be forwarded to ICRC for FBC Compliance Certificate.

The Compliance Certificate will be presented to the Federal Executive Council (FEC) for consideration and approval. If approved, the Concession Agreement will be vetted by the Federal Ministry of Justice within a stipulated time frame to enable Commercial Close.