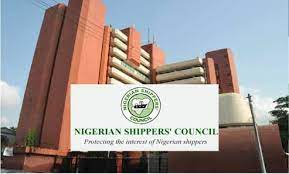 As part of measures to enhance  export of Nigeria’s agricultural produce , the Nigerian Shippers Council (NSC)  has on behalf of the Federal Government, approved 12 domestic export warehouses  for commencement of  operations nationwide.

The Executive Secretary/ CEO of the Shippers Council, Honourable Emmanuel Jime who confirmed this in Lagos recently  as part of his achievements , since his assumption of office in June 2021 , said  the  approval was  secured  by the Council, in collaboration with the Nigerian Export Promotion Council(NEPC).

He said other achievements  that have been recorded by his management include the  Council’s  successful supervision of the activities of the Port Standing Task Team (PSTT) in the implementation of the Nigerian Ports Process Manual in the areas of Joint Vessel Boarding, where it saved the economy over N5.8 billion, in  Joint Cargo Examination  and Operation of  free port access roads.

Jime stated that the Council during the period also signed  MoU with Federal Competition and Consumer Protection Commission (FCCPC) to institute a consumer protection regime for the shipping and port industry as well as signed another  MoU with Nigeria Customs Service (NCS).

The Council’s Executive Secretary/ CEO  stated that on on the operations of Inland Dry Ports in Nigeria, 95% Completion of the Dala Inland Dry Port in preparation for official commissioning and commencement of operations in July, 2022 has been achieved.

He disclosed that the Council has been able to record 85% Completion of the Funtua Inland Dry Port in preparation for its official commissioning later in the year, and facilitated and supervised  the handover of the Heipang-Jos Inland Dry Port Project to Plateau Investment and Property Development Company (PIPC), to ensure the completion and commissioning of the project later in the year.

Jime said that the Council since his assumption of office has also facilitated  full automation of port processes and activities as well as facilitated industrial harmony through  the Council’s intervention, during disputes involving MWUN, NARTO NAGAFF and Shipping Companies.