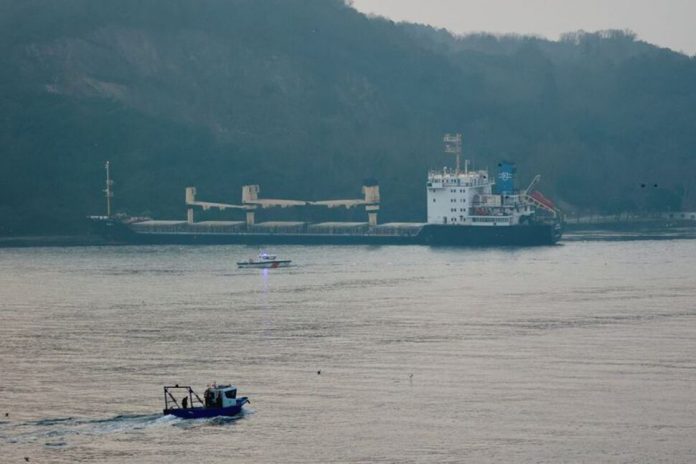 The cargo ship MKK 1, travelling from Ukraine to Turkey, was grounded in Istanbul’s Bosphorus Strait on Monday and traffic in the strait was suspended for a few hours, shipping agents Tribeca said.

Several tugs were among vessels sent to provide assistance to the ship, the coastguard authority said. It said no damage or spill was reported.

The bow of the ship, carrying 13,000 tonnes of peas, grounded close to the coastline on the Asian side of the Bosphorus..

The Joint Coordination Centre in Istanbul, which runs the U.N.-brokered Black Sea grain deal operations, said at the weekend the ship was travelling from Pivdennyi to the Turkish Mediterranean port of Mersin.

Tribeca said the Palau-flagged general cargo ship was grounded at Acarburnu at the northern end of the strait early on Monday as it headed southbound.